Warning: "continue" targeting switch is equivalent to "break". Did you mean to use "continue 2"? in /home/virtwww/w_mediafasade-org-_d09607/http/core/model/modx/modcachemanager.class.php on line 580 LED media facades. Rail media facade. To buy media facade

Transparency up to
65%
Brightness, cd/m2
8000
Capture of image from
18,75 м
Warranty up to
8 years
To request a commercial offer

Send your request for calculation of rail media facades and our specialists will prepare an offer over 15 minutes.

To run a business without advertising is like to catch a black cat in a dark room. There will be no result!

The rapid development of business in the world, the rapid growth of competition, price dumping sets in front of marketers and the business owners sometimes impossible task - to raise recognizability of a company in the market.

Standard means of advertising such as TV, radio, Newspapers give only short-term response of the customers, and do not create in the mind of consumers a steady image of the company, which will be remembered every time the person will demand for the proposed product.

Many entrepreneurs try to stand out from the rest by bright signboards, PR-promotions and other means to attract attention of consumers, but none of these methods of advertisements does not thereby become a "BEACON" that people will remember continuously because of its uniqueness and originality. A media facade has this effect. 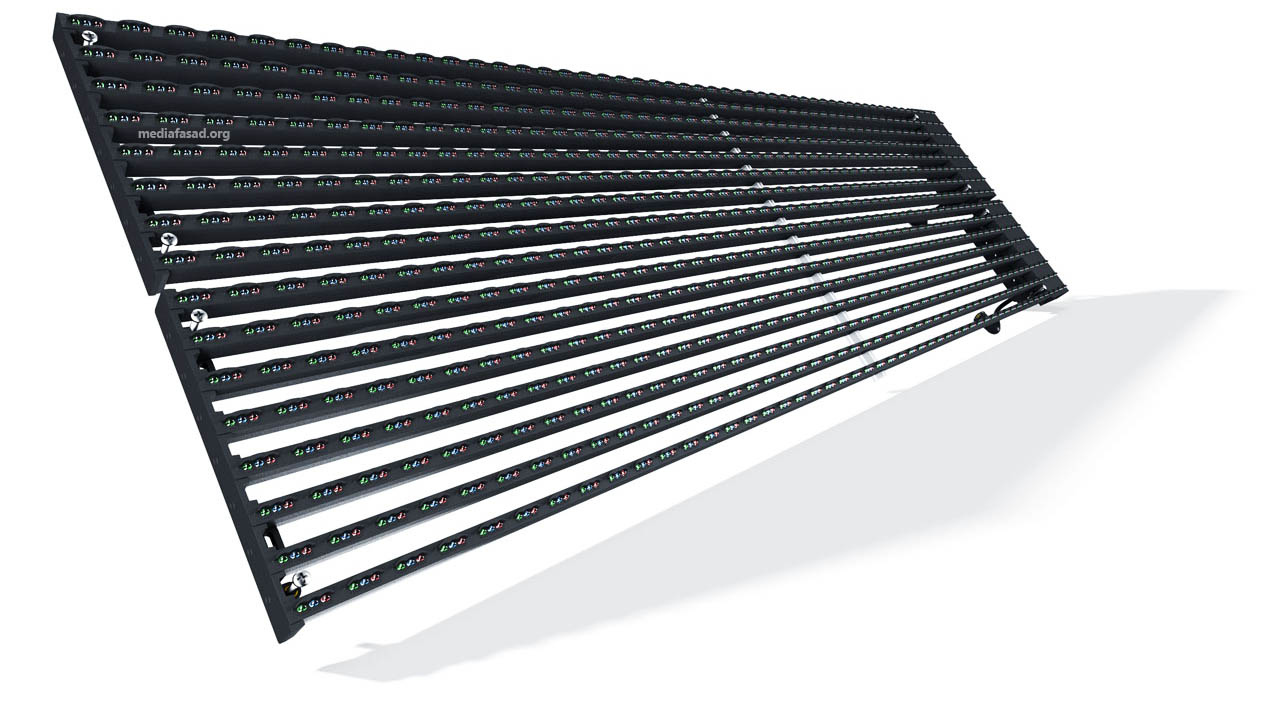 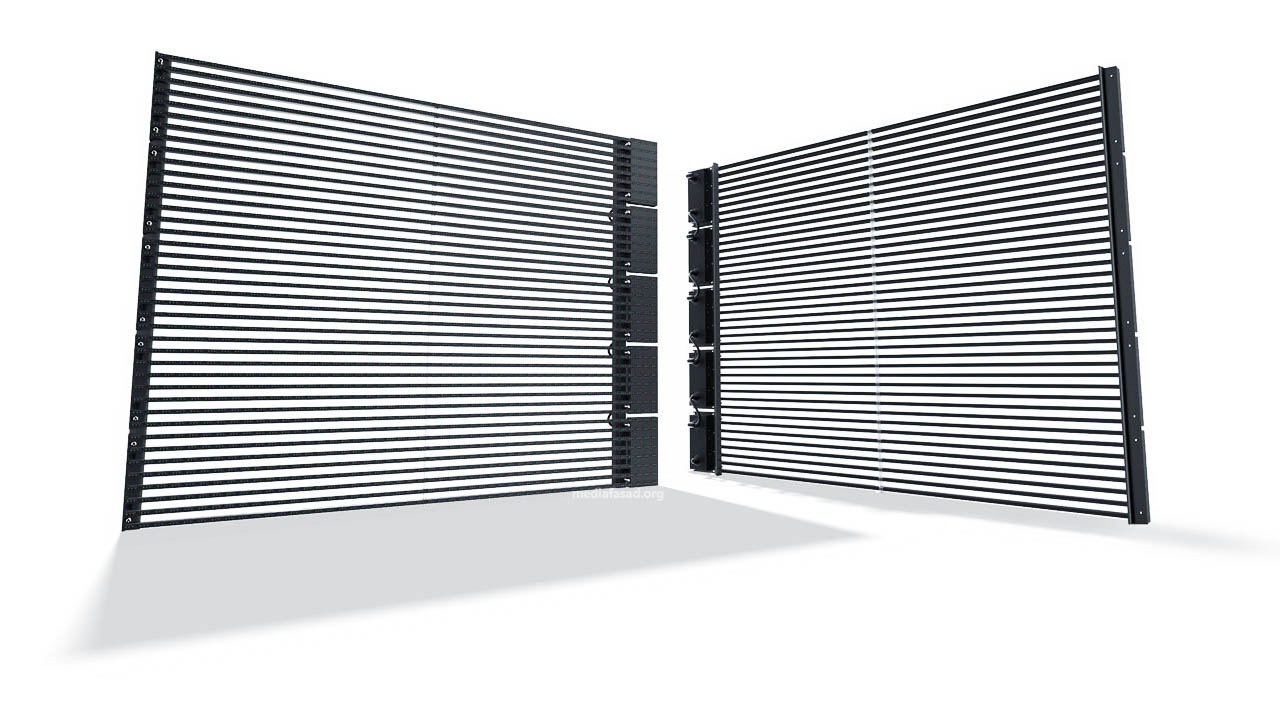 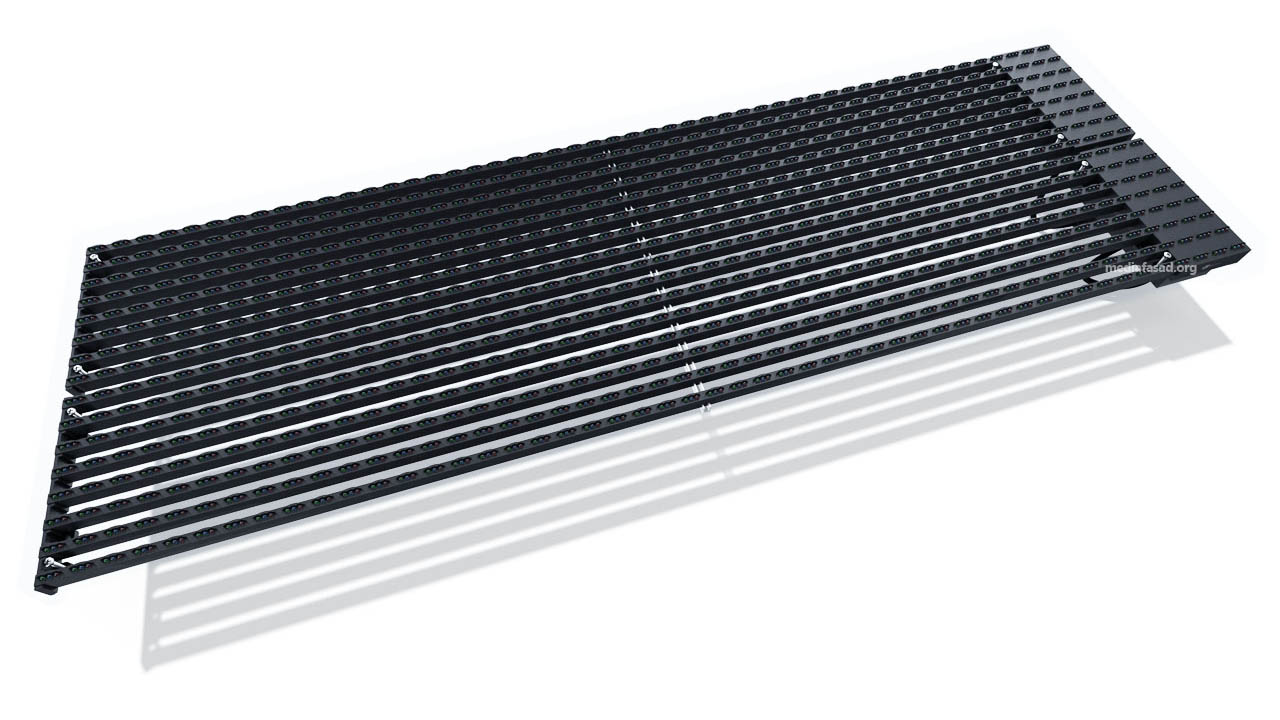 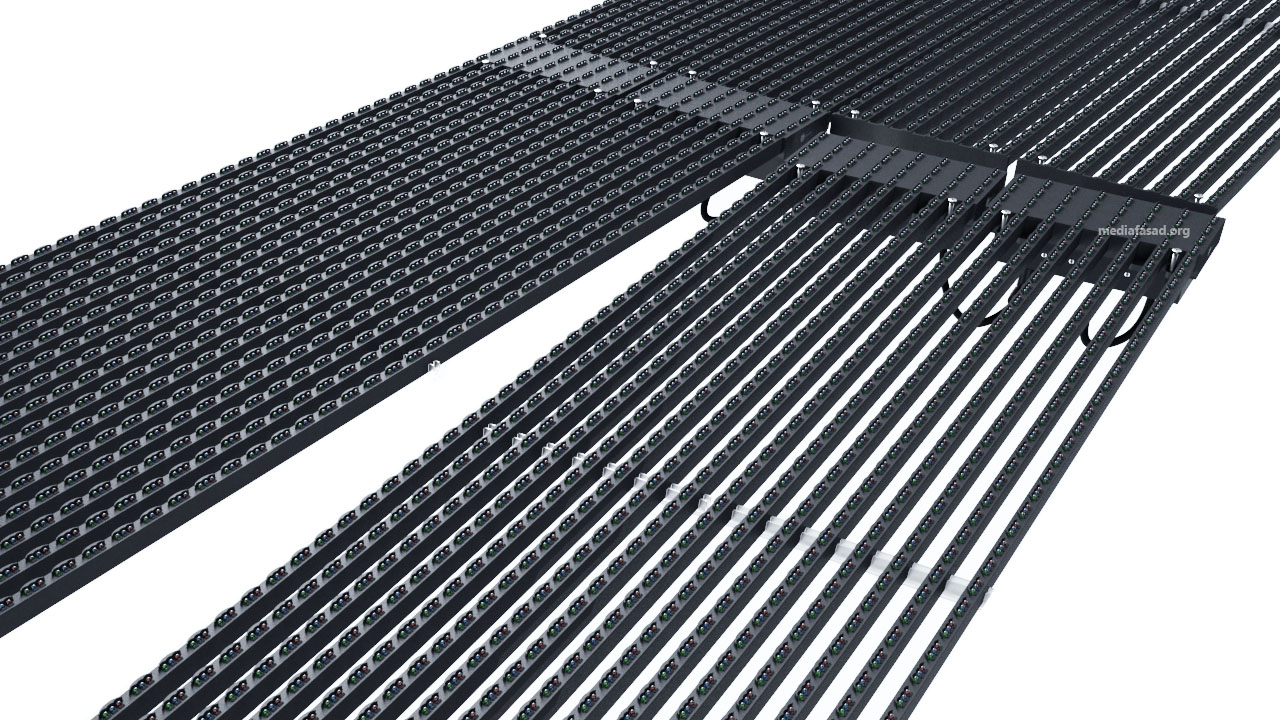 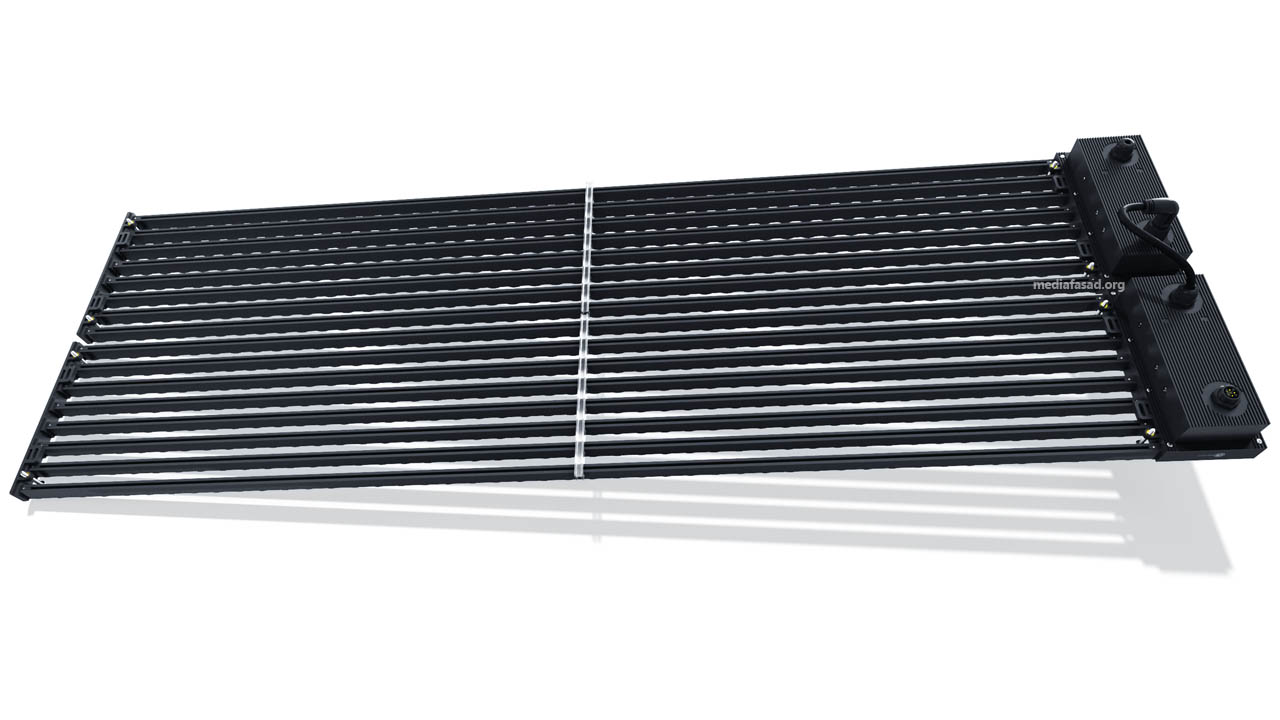 What is a rail media facade?

Media facade is a type of a LED video screen special structure intended for placing on facades of buildings, as well as the external and internal surfaces of the glass facade, where translucency for the passage of sunlight into the room is required.

High brightness and properly selected pixel pitch of media facade will create on the surface of the building advertising or informational video surface that is guaranteed to be eye-catching of potential buyers.

The most popular kind of media facades structure is considered to be rail one. This popularity rail media facades deserved through such characteristics as:

The principle of operation of rail media facade

Rail media facade consists of LED units, each of which in their turn consists of a lamella (rails), placed with a certain interval. The distance between the centers of adjacent diodes is called a pixel pitch. The most popular pixel pitches for media facades at the moment are: p16, p16-32, p25, p25-50 and р30. One of the important points when selecting media facades is the minimum viewing distance, which is the distance from which the image is perceived as an ideal picture. Therefore, the smaller the viewing distance is, the smaller the pixel pitch should be selected for quality and highly detailed video content. Free blocks arrangement allows you to create any size of media facades.

Availability of gaps between the slats to reduce wind load, which is an important criterion during installation advertising video screen in regions with strong winds. Transparency and light transmission media facades is its key advantage when placed on the glass surface as fully covers an overview from premises.

And thanks to the high resolution, brightness, contrast, media facades rail media fa?ade is perfect for commercial use of the building facade as for the business owners, as well as for sale of advertising media facades as a carrier of information.

The company «Media facade» manufactures all products (LED modules, blocks of media facades and video pixels) at manufacturing workshop in China, Shenzhen. Production facility in Russia enables assembly of finished products of any complexity and deliver to the client. Also, the manufacturer "Mediafacade" can perform any task on "turnkey" basis - from delivery to assembly and commissioning.

The specialists of "Media facade" will always help and support in any question and help you to choose the right solution for the task. To contact the specialists, you can dial the number +7 (499) 703-05-04, to submit a request by e-mail or to write in the online chat

New projects of media facades and LED screens from our company