Warning: "continue" targeting switch is equivalent to "break". Did you mean to use "continue 2"? in /home/virtwww/w_mediafasade-org-_d09607/http/core/model/modx/modcachemanager.class.php on line 580 LED media facades. Pixel media facade. To buy media facade.

Transparency up to
80%
Brightness up to, cd/m2
5000
Image capture from
45 м
Warranty up to
8 years
To request a commercial offer

Send your request for calculation of pixel media facades and our specialists will prepare an offer over 15 minutes.

To run business without advertisements is like to catch a black cat in a dark room. There will be no result! 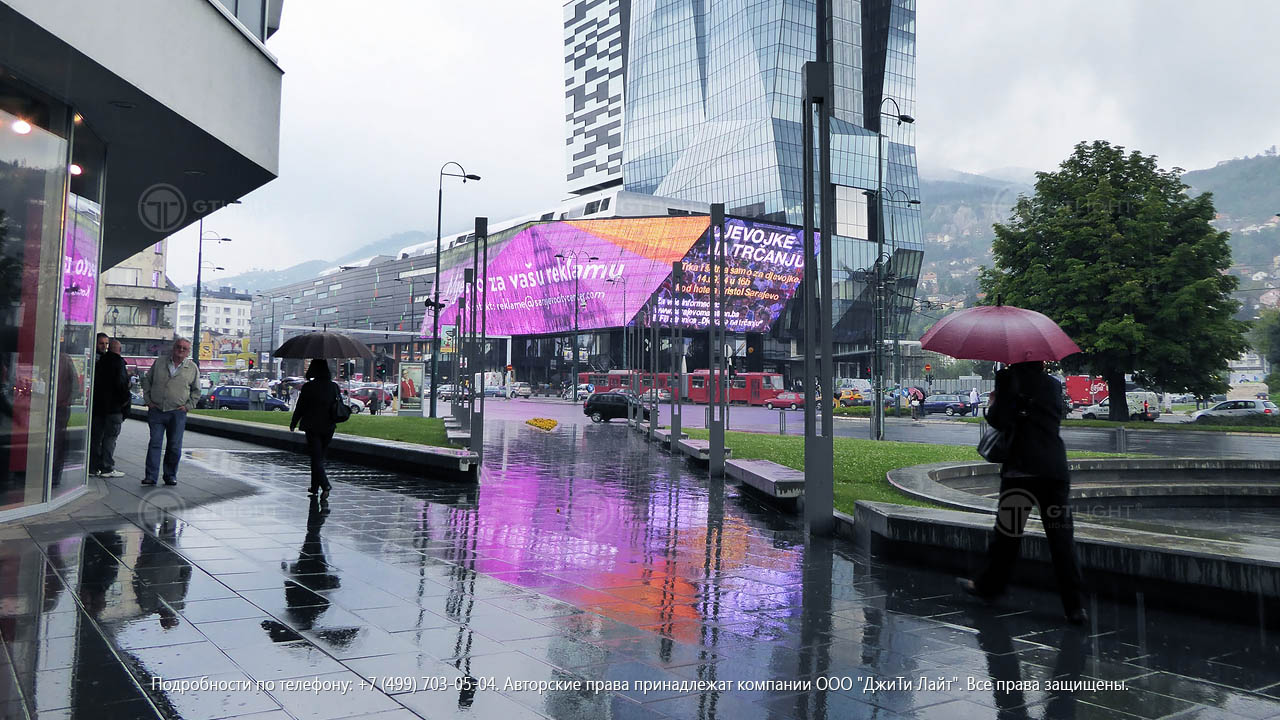 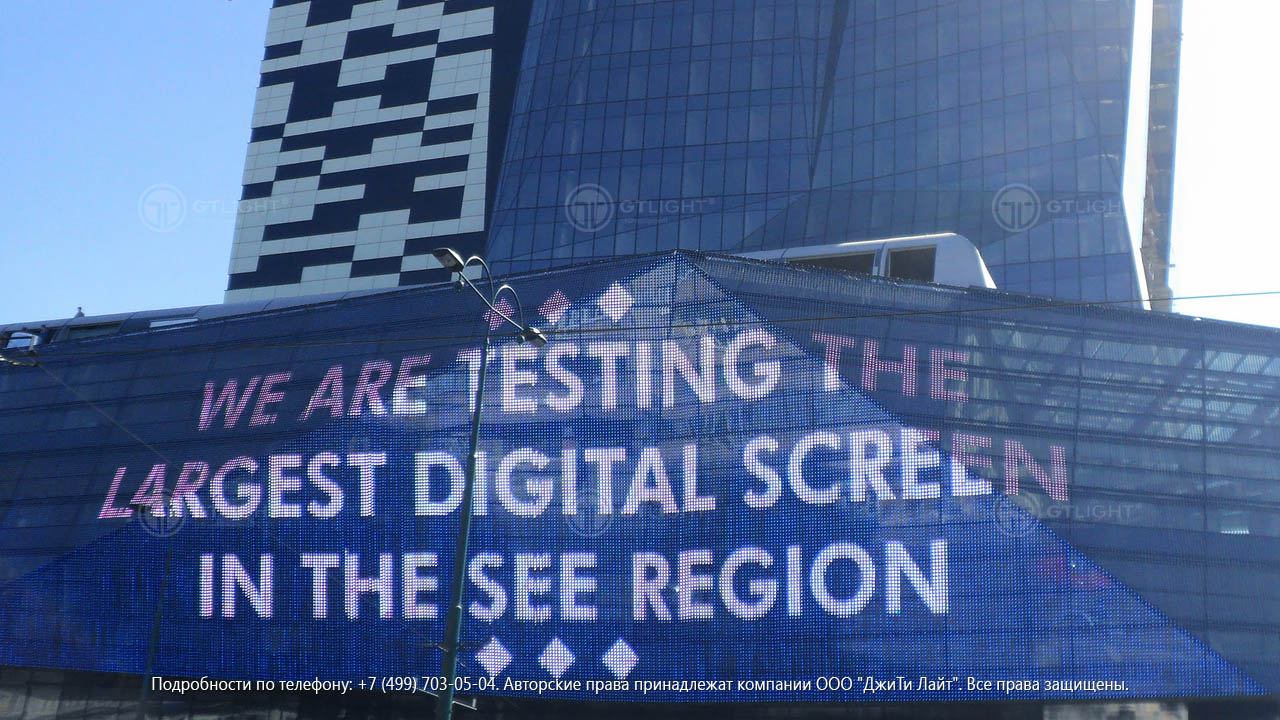 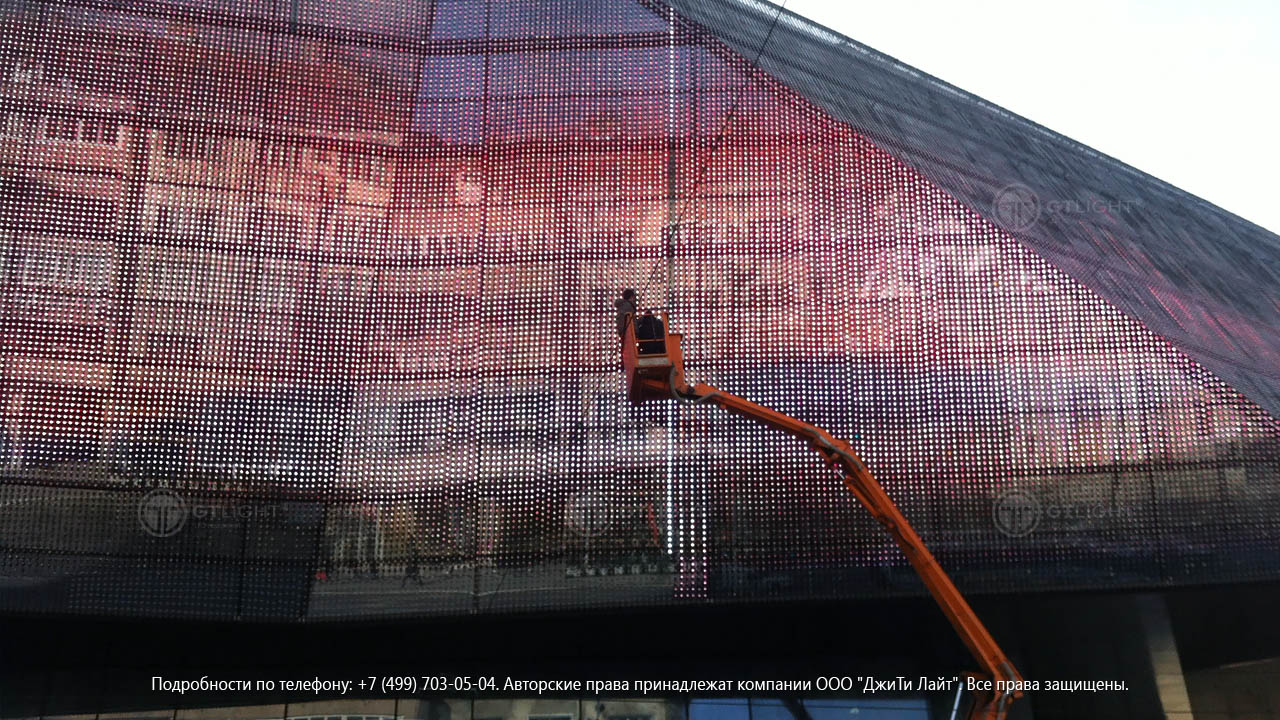 Another way to express yourself clearly, is installation of pixel media facade. This kind of media facade is ideal for installation on glass and curved surfaces of irregular shape. Low weight allows installing it on any wall. A method of installing, using steel cables, allows collecting media facade virtually of any shape and size. The ability to manufacture and paint the body of the pixel in the catalog RAL, allows to install the optically invisible media facade on your building.

Use of pixel of media facade (advertising video screen), makes it possible to use different pitches of pixel both horizontally and vertically, which may be an original solution in the design of building media facades.

Pitch of pixel media facade starts from р60 up to р250. Because of the large distances between the pixels it becomes possible to reduce wind load, which is an important criterion for installation of advertising video screen in areas with strong winds. Transparency and light transmission of media facade is a key advantage when placed on a glass surface as completely overlaps the an overview from premises.

And thanks to the high resolution, brightness, contrast, pixel media facade is perfect for commercial use of the building facade as for the business owner, as well as for sale of media facade as an advertising information media.

The company «Mediafacade» manufactures all products (LED modules, blocks of media facades and video pixels) in its own production in China, Shenzhen. Production workshop in Russia enables assembly of finished products of any complexity for subsequent shipment to the customer. Also, the company-manufacturer «Media facade», can perform any task on "turnkey” basis - from delivery of goods up to installation and commissioning.

Cost of media facade consists of the following parameters:

The specialists of "Mediafacade" will always help and support in any question and help you to select the right solution for the task. To contact specialists, you can dial the number +7 (499) 703-05-04, to submit a request by mail or write in the online chat.

New projects of media facades and LED screens from our company